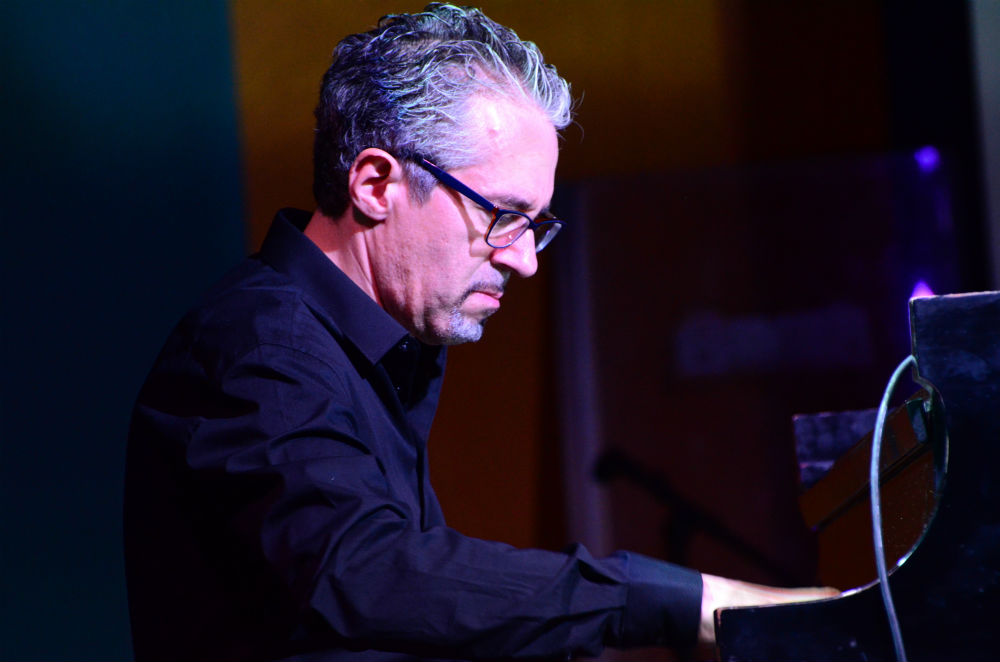 Born July 23, 1964 in Paris (France). A gifted pianist who was long considered the “dolphin” of Martial Solal, Manuel Rocheman distinguished himself by an obvious virtuosity and a keen sense of harmony which made him a refined pianist particularly at his ease within the framework of a trio. . Coming from a musical family, trained at the CNR in Paris where he studied with Alberto Neuman, one of the rare disciples of Arturo Benedetti Michelangeli, he discovered jazz thanks to an Oscar Peterson record of which he claimed the influence. as well as Phineas Newborn and Martial Solal with whom, from 1980, he completed his apprenticeship in jazz started with Michel Sardaby. While in New York, he met Tommy Flanagan and Jaki Byard as a teenager. His ear is enriched by listening to the trios of Bill Evans, Keith Jarrett, Tete Montoliu and Chick Corea.